The Toyota Supra Community for all Supra generations

In July 1993, the fourth and so far last generation of the Supra came on the market. Internationally, this type is called " Supra MKIV ".

In early 1986, the third generation of the Supra was introduced. It is also the first that has not been marketed with the suffix Celica.

The second generation was presented in the fall of 1981 and had a completely independent drive with the new (170 hp) 6-cylinder engines.

The first Supra built from spring 1978 to summer 1981 was still offered as a top version of the Celica first in Japan and later in the United States.

This article describes how the serial sequential turbocharger control (first starts Turbo # 1, then Turbo # 2) can be electrically set to parallel operation (Turbo # 1 and Turbo # 2 running in parallel) and back again.

How it works : The functions of the exhaust control valve and the intake air control valve are set to either "Sequential mode" or "Parallel mode" via a two-pole changeover switch. The respective mode can be changed while driving.

System Control in Detail: Normally, the exhaust and intake air control solenoid valves are activated by the engine control unit (ECU), which turns on the second turbo from about 4,500 RPM to the charging system. In this modification (E-TTC), the minus lines of the solenoid valves are connected through a switch either to loop through to the ECU or to ground. This makes it possible to switch back and forth between standard control and parallel operation.

ATTENTION! This conversion requires that pipes and valves,
ATTENTION! especially the accumulator, work properly.
ATTENTION! Always disconnect the ground cable from the battery before working on the ECU. 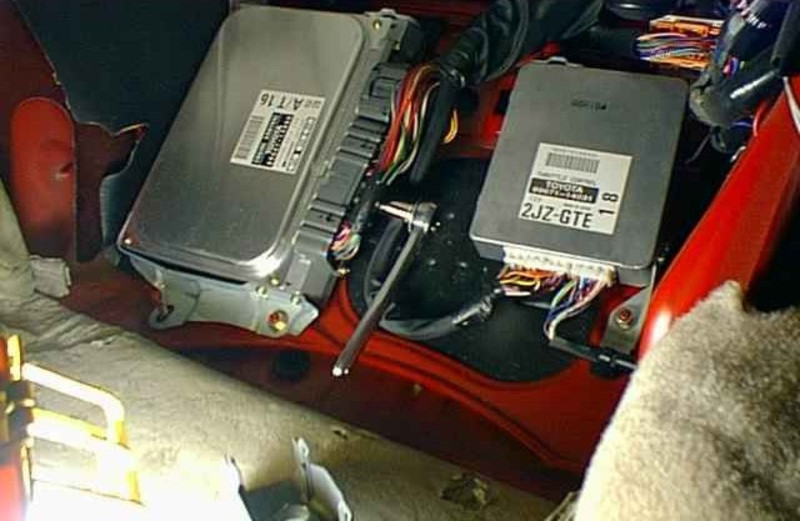 Position of the signal lines on the ECU connector: 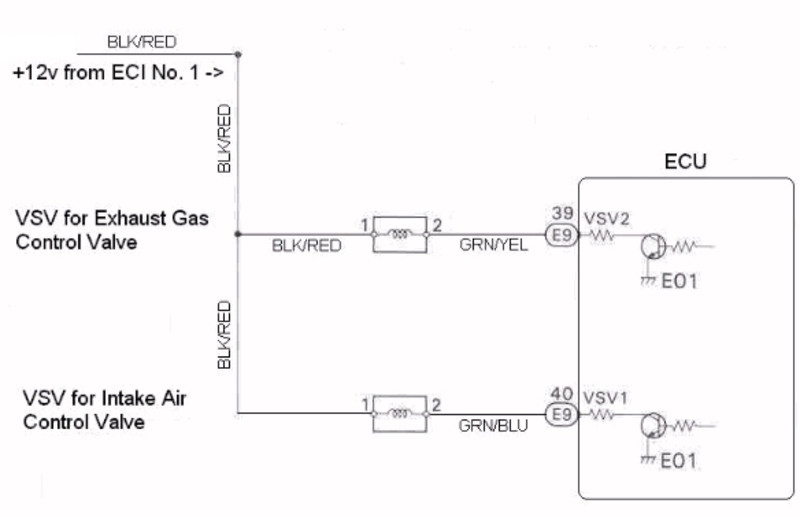 Diagram of wiring after conversion: 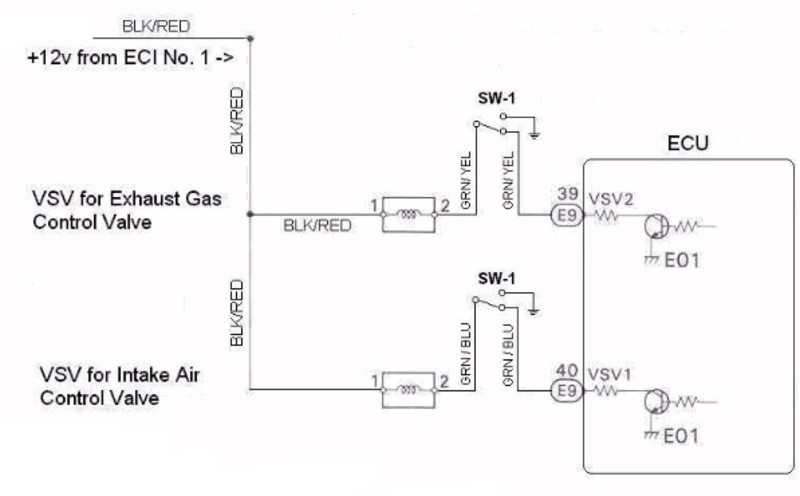 Connections at the counter: 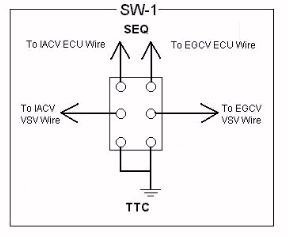 Notes on the application:

Switching from sequential to parallel:
At idle, it is possible to switch from SEQ (sequential loader control) to TTC (parallel loader control) at any time. As soon as the first loader has built up some pressure, this pressure is directed via the pressure accumulator to the control boxes and opens the valves. This is the 2nd Turbo permanently switched on.
In the middle speed range should not be switched to TTC mode, since this could kickstarted the 2nd Turbo, if the exhaust bypass valve is closed at this time. Only from 4.500 RPM can safely be switched back to TTC, since both turbos then already run in parallel anyway.

Switching from parallel to sequential:
Both at idle and while driving can be switched back from any time from TTC to SEQ, as long as no positive boost pressure is present. To switch to SEQ must therefore be only briefly gone from the gas.

Translation from the English by Don

TopSecret V12 Supra will be auctioned

⁣Gear conversion from automatic to switch